I had two father figures in my life, growing up. My father, and when he wasn’t around, my mother’s father. These two men were and are quite different from each other. One, sort of a hippie, an off-the-grid artist who embraced leftist politics and who tried to teach me it was good to be in touch with your emotions. The other is quite conservative, an artist who put that all behind him to raise four daughters, fairly religious, who taught me to keep a stiff upper lip and to keep up appearances.

What these two men have in common is that both were talented photographers with a love for both the medium and the science behind film and cameras. Both men also thought it was wise to teach me how to responsibly handle a gun while I was in elementary school. Neither has ever taught me how to shoot a camera.

I am aware of my privilege. I never saw gang violence or guns in the streets growing up. I grew up in rural Western New York State, where kids take the first day of hunting season off from school, and checked their firearms at the principal’s office throughout deer season. Imagine that. Kids who got up early to try and get their buck for the year were welcome to bring their rifles into school so not to be late. This was the early 1990s. I grew up in the gun culture without even knowing there was a gun culture.

I also grew up surrounded by actual culture. Ten weeks every summer, my hometown of Chautauqua, New York comes alive with music schools, dance schools, art schools, religious and political lectures and a popular entertainment platform. This stuff was more my speed. I was regularly attending symphonies, ballet and opera every summer, before winter came and a different local culture took prevalence.

It was fairly obvious by the time I could express myself that I wasn’t ever going to be interested in hunting and would never honor my country through military service. I was a nerdy kid who didn’t enjoy sports, physical activity or even the outdoors much. I wanted to be a songwriter when I grew up. There was no practical reason to ever put a gun in the hands of this child. It was just one of those things men did with male children, I suppose. Though just about every girl I knew from school had firearms training as well.

Both my father and my mother’s father taught me how to handle each shotguns and handguns. We shot at targets or cans. I learned how to care for, clean and store firearms, despite having no interest in them whatsoever. I was a pretty good shot, but I preferred archery, which is another aspect of arms training that was part of my rural upbringing.

I’ve had three more personal experiences with guns after that. Twice in college I was mugged at gunpoint. Once while in college a police officer put a gun to my head because he thought incorrectly, at least that day, that friends and I might have some pot on us. Still, I never really thought about gun control as an issue until Columbine happened.

I was relatively new to living in Colorado then. I had relocated to Denver with band I was writing songs and singing for. We had a gig that night of April 20, 1999 at a local ski resort. It was the toughest gig I ever played, because the handful of people who went out that night were all pretty depressed from the day’s loss of life. I didn’t feel I had any comfort to offer.

Though I remembered seeing gun violence on television before, as the phrase “going postal” came into popular vernacular during my childhood because of mass shooting events, I’d never experienced the deep sadness that hits a community after one of these national tragedies until Columbine. I fell in love with Colorado while they mourned their children. The communities of my adopted great state cared for each other after that crisis. I felt a great deal of community from my neighbors that year, like we were all in it together. No matter where life brings me, I will always want to live in Colorado with the people of Colorado. Columbine changed how I felt about so very many things, but especially guns.

I believe that all human beings only know as much as their experience allows them to. Prior to April 20, 1999, I believed that guns were part of the American experience, and that most Americans were good people who knew how to responsibly handle firearms. After 1999, I started believing in common sense gun control reform. Seventeen years later and countless similar tragedies behind us, we’re still yet to have that conversation as a country. We usually only hear from the minority on the issue and their powerful lobby, the NRA.

I’ve shared my experiences. You now know that I’ve never been very into guns, but that I came from a place of experience where gun ownership was peaceful, lawful and normal. You now know that I also watched my neighbors mourn their children after a mass shooting, or as I prefer it be called, act of domestic terrorism. I know that this is an issue that is very hard to convert people’s thinking on, so all I can do is share my experience and then my thoughts on the issue.

I believe it’s time to stop debating the second Amendment. The first still protects free speech, but we don’t let people yell “fire” in a crowded theater and we don’t let people threaten the President. There are reasonable limitations on our rights in a civilized society. Short form: your rights are not allowed to infringe on the rights of others. We shouldn’t allow weapons of war to be sold at gun shows without background check and some sort of layer of mental health screening. Ban assault weapons for commercial sale entirely. End the gun show loopholes. Add a private mental health screening to the existing background checks. Nobody is coming for your guns. You can still hunt and protect your family all you like. You just can’t hunt or protect your family with weapons of mass destruction. We’re not going to let you have a nuke and we’re not going to let you have the latest machine gun. For the safety of your family and neighbors, if you’ve a history of mental health issues that led to you threatening harm to yourself or others, we’re not going to let you have guns either. We are not going to risk lives on the gamble that you’ll remember to take your meds every morning.

The Jerry Falwell Juniors of the world trying to link guns to the Bible and encouraging Christians to arm themselves to the teeth and kill people of other religions are distinctly anti-American. Bringing a grenade to a knife fight is never the solution. Whatever happened to Christians who followed their Bible and turned the other cheek?

The Elizabeth Hasselbecks, encouraging children to run at gunmen and shooters, or the even further extremists advocating arming our toddlers are also not helping. Most Americans want to keep their children safe and out of harm’s way. That’s what the grown-ups are talking about.

Like so many of the important issues facing our country, there are examples in other countries on how to do things and how not to do things. We have the data. It’s been proven that countries and states with stricter gun control laws have less gun violence. We will likely come up with a uniquely American hybrid model of policy like we usually attempt to do. Mark my words though, we are going to further legislate guns. Americans are sick of living in fear. We’re sick of burying our children and loved ones because Congress refuses to do anything. The do-nothing and on-the-take from the NRA politicians can only ignore the will of the people for so long.

I will never understand mass shootings or violence against others. I will never understand America’s fascination with firearms. I’ll never know why the two men who helped raise me taught me how to shoot guns rather than cameras; why they taught me to prepare for fear rather than include me in their passion. I hope to never know the familial loss to a mass shooting my neighbors in Colorado experienced on April 20, 1999 or what it is like to bury children because a crazy person used a weapon of war on the public. I can only hope to know what it is like to live in a country that has the maturity to discuss, debate and pass common sense gun laws. Doing nothing is killing us. We have to start by each of us respectfully sharing our experiences and opinions on the topic of guns and gun control. We need a national discussion. The gun nuts are speaking up. The rest of us need to as well. 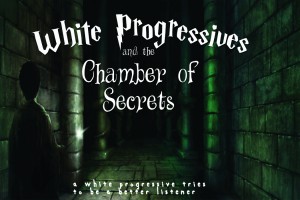 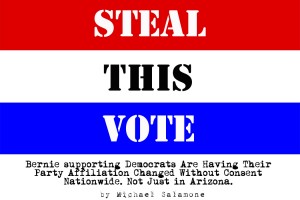