Except for the occasional dirty looks strangers are prone to give me when I accidentally size them up wrongly and wish them “happy holidays,” when they clearly wanted to hear, “merry Christmas,” I have never personally seen any evidence of the so-called “War On Christmas. My personal experience in the matter is that it’s a one-way guerrilla battle against tolerance of other religions that certain Christians try to push this time of year. I believe the popular vernacular of the day is that they get “butt hurt” that every single American experience from the day after Halloween until New Year’s Day isn’t part of a Jesus-centric universe. Solstice be damned, they would prefer we trade the sun for the son.

Don’t get me wrong, I personally really dig that Jesus fellow. His message of loving and caring for one another and working to care for the less fortunate in our communities really speaks to me. I find great comfort in Jesus’s message about forgiveness and redemption. I like to tell anyone who will listen that human beings are like coupons: redeemable until expiration. On paper, Jesus’s birthday seems like a really cool celebration: spend time with loved ones, eat, drink, be merry, give to charities and try to feel hopeful for the new year to come. I can get behind all of that, but unfortunately, that’s not the holiday we actually celebrate in America.

I must confess, I’m not a fan of the holiday as it stands today. Pop music blaring in public annoys me enough in daily life. Christmas music is far worse and more saccharine than any candy cane. A child of divorce, I’ve always been hyper-sensitive to the crass commercialism of the season. Showing love through giving material things is the antithesis of human connection, in my opinion, despite what the diamond commercials say.

If this were a truly Christian holiday, it wouldn’t just be Bernie Sanders and Pope Francis breaking through the media cartels’ mass-marketed commercialism trying to get us to stand up against income inequality and advocating for health care and the environment. The news networks wouldn’t be promoting hate speech and terrorism around the clock; they would be talking about social justice and the message of the season: a child was born who would give hope of redemption to humanity.

Christmas is not a time nor a season, but a state of mind. To cherish peace and goodwill, to be plenteous in mercy, is to have the real spirit of Christmas.
-Calvin Coolidge

For every YouTube video I see of some hillbilly ranting about a war on Christmas, I encounter two people in real life who have either stopped celebrating the holiday or do so begrudgingly. I appreciate the folks who have adapted their own customs. My favorite is a family tradition of only allowing hand-made gifts or everyone donates $50 to a favorite charity in the family’s name. Me, I’m always happiest when someone gives me baked goods or booze. If you have Swedish friends who give you a jar or bottle of glögg at Christmas, or Italian folks who give you cuccidati cookies, you know what I’m talking about.

I love most Christians. My most frequent guest on my podcast is a Christian theologian and minister who tries to help me understand politics from a religious perspective. As a politics junkie, I am also very interested in religion and the many interpretations of it. Both politics and religion are a study of how humans govern themselves. Like politics, I feel religion can either bring people together to better themselves and their communities or alienate and discriminate against less powerful segments of humanity.

I think there’s a certain extremely vocal type of Christian that alienates a good portion of the rest of the country. It’s no secret that atheism is the fastest growing belief system. A growing number of Americans identify as agnostic or secular, and I can’t help believe this is because they feel alienated from popular faiths that preach judgment, damnation and discrimination instead of love, love and love. Just like how more Americans identify as independent than as Republican or Democrat combined, people don’t like being pigeonholed into hating their friends, neighbors, family and loved ones. Like Tea Partyers are pushing traditional William F. Buckley style conservatives aside, and establishment Democrats are alienating Progressives, religious fundamentalists are making it harder for moderates in their religions to identify with their faith.

If you’ve read this deep, I’m likely preaching to the choir as they say, because at the cusp of 2016 in America, we rarely pay notice to those who disagree with us. My Christmas wish is that we start listening to the dissonant voices in our faith and in our politics. I truly believe that only through tolerance do we advance, by accepting other viewpoints as a truth equal to our own. I realize as I type this that I’m a hypocrite. I am more likely to listen to a political or religious message of love and charity than one of hate speech or class warfare against the poor, but I like to think I’ll respectfully discuss policy or theology with anyone.

I might not like the Christmas holiday, but I certainly like it when a stranger wishes me a merry Christmas. I like it just as much when a stranger says, “happy holidays.” I am equally affectionate when a stranger smiles, looks me in the eyes and offers a kind hello. The phrase doesn’t matter to me, a pleasant human interaction sure does. You don’t have to be religious to appreciate someone saying, “God bless you” after you sneeze, and you certainly shouldn’t be offended if you’re not religious and someone offers you that kindness. Tolerance isn’t a one way-street. It’s a busy intersection of human intersectionality on this busy freeway of the human experience on a toll road we share called planet Earth. Sometimes you have to yield the right-of-way. Sometimes a nice stranger waves you through.

Good tidings to you, and all of your kin, no matter how you spend your December 25th. Let’s put rhetoric aside and truly listen to each other. Let’s all be charitable and open our hearts to the less fortunate. You don’t need to decorate a tree or go caroling. You don’t need the baby Jesus on your coffee cup. However, it would sure be nice if we’d all be a little kinder to each other, remembering that we’re all human and we are all redeemable. To me, that’s the reason for the season. Now: bring us some figgy pudding, and have a happy New Year. 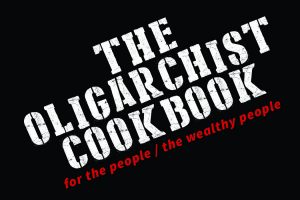 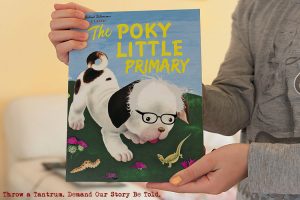 Fahrenheit 2016
On the Road: the Original Poll