Norman Clark served in Vietnam as a pilot, before returning home to Denver to work in the airline industry. Now retired, I found him sitting on a park bench off of the 16th Street Mall, observing the various street merchants, protesters, performers and mayhem.

“This is the most exciting thing to ever happen in my lifetime,” Clark said, grinning ear to ear, his wise eyes buckling in the sun. I asked him if he was referring to a minority becoming the first major party candidate for President, or the convention in Denver itself.

“Both. Sure, I’m a black man, and that’s exciting that we’ve finally come this far as a people. But I’m more in touch with my people I share this city with. I’m from Denver, and this is exciting. This is really something exciting,” he replied.

We share a laugh as Shotgun Willy’s, a local strip club, drives a car of ladies hoping to drive up business by, and the conversation turns to John McCain.

“I’m a Vietnam Vet, and McCain’s always answering every question saying he’s a POW and I tell you, he’s cheapening the whole thing. He’s avoiding the issues and hiding behind his service in a way that makes me sad for all my brother veterans,” Clark says with a frog in this throat and face full of sincerity. “We can’t have that. We need a new way. This country needs change. This is not working.”

I tell Norman that I need to go to the Pepsi Center to see how the NY Delegates vote, and he expresses that he wished he could come with, so I ask him if he has any predictions for November.

“In the good times, people vote for personality. In the bad times people vote their pocket books. Either perspective gives you Barack Obama.” 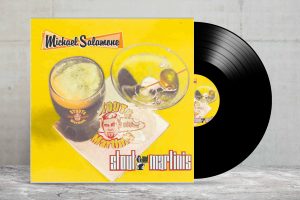 Altered States of the Union

Barack to the Future
Quick note about what to expect