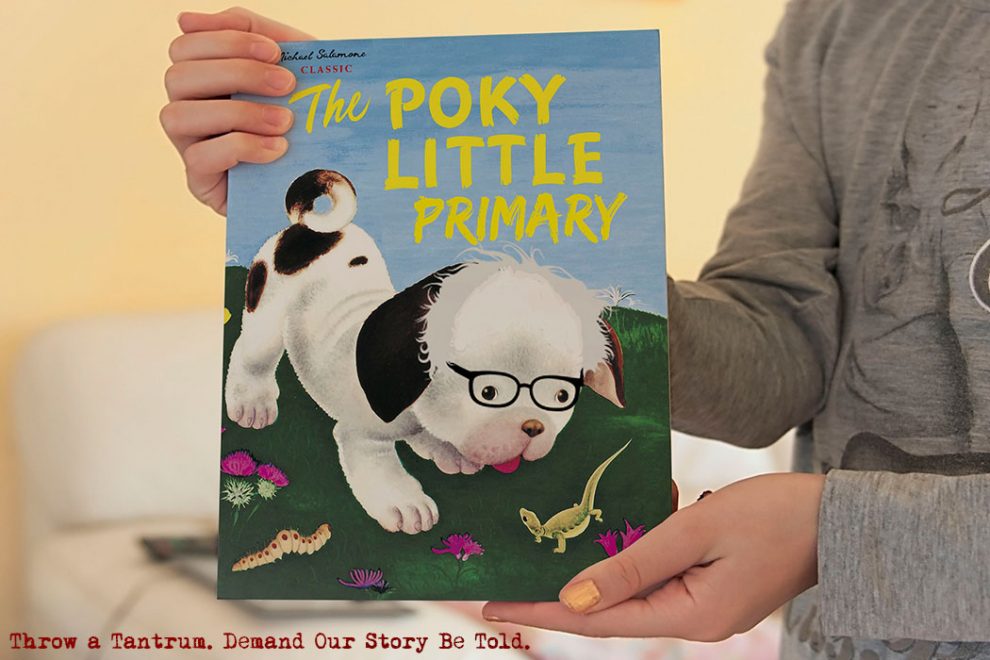 I think the first question I’ll ask when meeting someone new from now on will be, “do you now or have you ever supported Hillary Clinton for the Presidency?” Be it before accepting a job for a new employer, on a first date, when a pretty lady buys me a drink at a bar or even potentially making a new friend, I will want to make sure that we share the same values and judgment before moving forward. Being a current or former Hillary supporter is a non-starter for me. That’s where I’m at.

I joked about that in 2008. I’m dead serious about it in 2016. I’m likely risking my reputation, personal brand, music sales, and several personal relationships on fighting against allowing Hillary Clinton to ever again trade government influence to build her personal wealth. It is that important and thus worth it. I just can’t sit idly by and let the most corrupt political dynasty in American history rise to power yet again. If someone didn’t have the foresight to research that for themselves, or simply didn’t care because she was a woman or had a “D” next to her name, I’m pretty sure that’s not somebody I want to partner with for even a round of golf, let alone anything more substantial.

I feel similar about Donald Trump. I’m a small bit more forgiving of the low information voters on his side though. I blame CNN, MSNBC, FOX News, ABC, CBS and the like for Trump. I strongly believe that if at any point in the last year those networks would have focused on issues and not celebrity, a good chunk of Trump supporters would be backing Bernie Sanders. I don’t forgive the Clinton supporters. They had access to the same information I did. The Clinton dynasty of war, corruption and unethical campaign finance is well documented. Of course, millions of Republicans figured out Trump was an idiot on their own, so maybe it’s more level a playground than I give credit.

I’ve spoken with hundreds of Republicans who will not support Trump in the last year. You’ve heard about those folks on your televisions though. I’ve spoken with even more Democrats who will not support Hillary Clinton. TV rarely covers that. I have had much more civilized conversations with Republicans against Trump than the Hillary supporters in my own party all year, too. I still maintain that Trump and Hillary supporters are bullies.

Republicans, Democrats and Independents alike have been failed by the predominant two-party-system. That common-place alone should be enough for us to move forward together.

When Hillary Clinton finally announced last year that she was running for President, many political scientists started projecting that if just one out of every 10 Democrats refused to vote for her, based on her likability numbers, she would lose a General election. Her likability numbers are even worse now, and exit polls show three in 10 Democrats will never vote for her.

The Democratic Party moved goal posts to keep Professor Larry Lessig out of the debates in hopes of squelching conversation of campaign finance reform, one of Hillary’s (and the party’s) biggest weaknesses. Yet the anti-corruption crowd just coalesced around Bernie Sanders instead, who refused to take part in shady funding reindeer games. The Democratic Party has tried all sorts of shenanigans against him since. However, no candidate will go to the Democratic National Convention with enough delegates for the nomination and Bernie has vowed to fight corruption until the very end. His supporters wish he’d go further, and file for an independent candidacy before deadlines this coming week.

With Cruz and Kasich both dropping out of the race on the GOP side after the Indiana primary, we are at an interesting crossroads in our failed two-party-system nomination process. Baring a miracle, Trump is the GOP nominee.

Donald Trump and Hillary Clinton are two of the most disliked people to ever run for President. Nobody with likability numbers as low as theirs has ever been elected to the Presidency. However, if they’re the only choices, I suppose it’s a done deal. Thankfully, it’s not a done deal.

We still have a choice. That choice is Bernie Sanders. When polled on the issues, independent of candidate names or party affiliation, a vast majority of Americans agree on issues of campaign finance reform, trade deals, corporate welfare, free and open internet, privacy rights, right to education and healthcare and so very much more. On issues alone, party affiliation means nothing. The people stand together. It’s time we stand together. With Trump and Clinton, we’ve officially entered a new era of American politics: it’s no longer red versus blue. It’s people versus the establishment, and it’s time we team up to fight crime. We can be our own heroes.

If you are someone, or know someone, who is a Republican who can’t find it in your hearts to support Donald Trump, I invite you to identify the issues we can work together on. Team up with those of us on the left who can not support Hillary Clinton. Let’s identify the anti-corruption and reform issues we agree on and start there. Bernie is the only candidate with us on those issues. You can fight him on the stuff you don’t agree with after he’s elected. That’s safer than the battles we face against Trump or Clinton administrations. I don’t agree with Bernie on everything, but I’m all in for him. I have been since he announced. If we don’t fix the corruption in our government now, we’ll never fix anything else ever again.

There is no longer a professional wrestling mentality for American politics. It is no longer our side against their side. Right, left, independents and more: we have to join together outside of the confines of the two-party-system imprisoning Democracy.

If you’re like me and can find no bit of your conscience that will allow you to vote for either the corrupt Hillary Clinton or the buffoon Donald Trump, no matter our differences on a few of the issues or in party affiliation, we must band together and elect Bernie Sanders. This is still possible, and I would like to propose to you how, together, we can make it happen.
First up, there are still plenty of States yet to primary. If you’re a Republican in those States, who agrees with me, look into voting in the Democratic primary for Bernie. There’s still time to switch registration to Independent or Democrat just to do that in some states. Swallow your pride and serve your country in this way. If you are a Democrat or Independent supporting Bernie or considering doing so, I trust you’ve already looked into how to primary for him. If not, please stop reading this and go do so.
Even if you cannot vote for Bernie, you can be a Republican who phone banks, canvasses and donates to Bernie. I’ve spoken with hundreds of Republicans over the last year doing this. You won’t be alone. I promise you that. Democrats and Independents, you don’t get a free pass here either. We need you to stand up against oligarchy and for our Democracy. Our future depends on all of us pitching in.

If we turn out the vote, even with DNC dirty tricks and election rigging, Bernie could potentially be ahead by a handful of pledged delegates by the Democratic National Convention. If that is the case, his electability argument to defeating Trump is in play, and it is a reasonable argument. However, I don’t believe the Democratic Party to any longer be reasonable. I believe they would rather suckle at the bosom of special interest than open up their tent to a new generation of voters, activists and independents. If there’s one lesson we’ve learned in the 2016 process, it is that the establishment, from the political parties to the media, will do anything to squelch the demands of the people.

Bernie has said time and time again that if millions of people stand up together and demand change, it will have to be delivered. There is no better time to test his theory than the 2016 Democratic National Convention in Philadelphia this summer.

We’ve tried talking to these people respectfully. It’s time to stoop to their childish level. Let’s throw a tantrum and take Philadelphia by storm. We must demand our story be told. We can’t let the poky little primary politicians be rewarded for failing us.

I’ve previously penned and podcasted about what I believe the movement should start doing now to be moving forward towards real political change, with or without Bernie Sanders. I still believe that with all of my heart, and appreciate the input some of you have offered in that discussion so very much. Today, however, I’m talking not about the movement, but about our candidate. I for one am willing to fight through November for him.

Should we fail in Philadelphia and assuming Bernie Sanders will not file the necessary paperwork to run independent, we will be left with only a write-in option. In seven states, that’s not even an option. If you’re in those States, I challenge you start petitioning right now, stop reading, and go get him on the ballot. Over 30 States make candidates file paperwork to accept their write-in votes. If we show the momentum, I’m certain the Sanders team would do that simple paperwork. I for one, will be writing in Bernie Sanders no matter what happens at the Democratic Convention.

If you plan on voting for Clinton or Trump, or already have, I don’t share values or priorities with you. If you can’t vote for either, even if we don’t agree on all of the issues, I’m happy to work with you. Let’s get to work. See you in Philly. 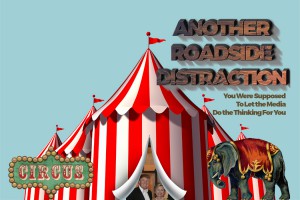