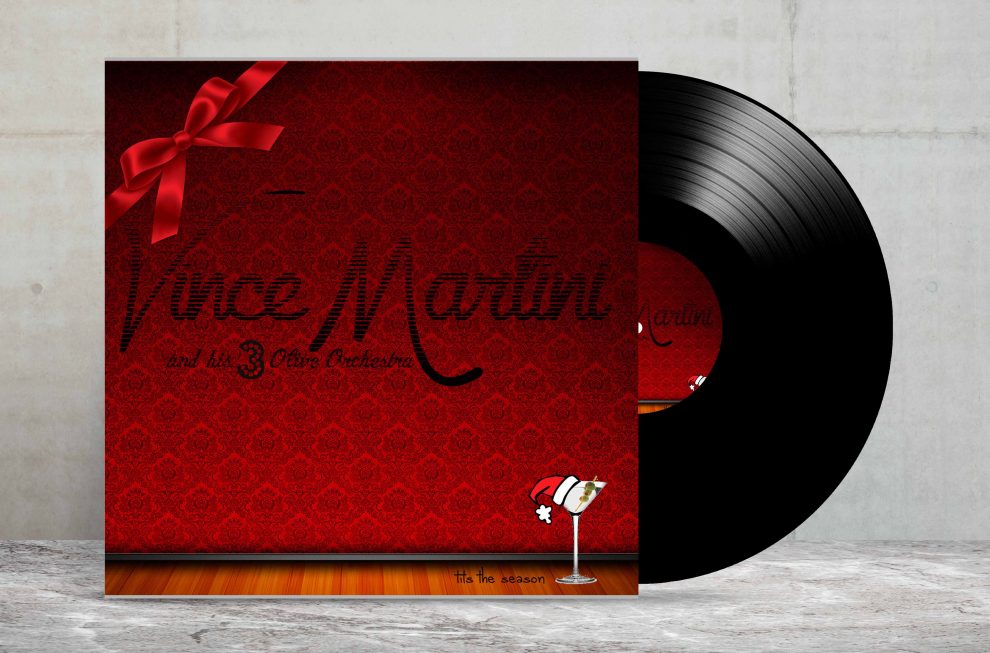 For 5 decades, lounge-lizard Vince Martini performed dirty songs alongside of his 3 Olive Orchestra. Now 80 years old, and living in an assisted living facility, he and his surviving band-mates came together to rework ten of their favorite songs into an album.

Michael Salamone has been told much of his musical life that he sounded like Vince Martini. In the 1990s, he sought out this musical legend, this character only from stories older musicians had told him about. After finally tracking him down in a nursing home, a friendship was born, and Michael made it his mission to help release a record of Vince and the orchestra, something the group came close to doing many times, but never actually accomplished. It took a lot of tracking in different studios around the country to get these old musicians on tape together, but the result is the new album, “Tits the Season.”

This is not an album anyone should listen to, especially women or children. It’s rude, distasteful and not at all very good. 30 years in the making. Not safe for work. Not safe for anyone. We’re all pretty embarrassed of it and hope you just don’t even give it a listen. It’s just wrong. To say that Vince Martini works blue is an understatement. It’s midnight blue. It’s some hue of blue that artists avoid. They don’t even sell paint in that color. Really, this stuff just isn’t right.

Released on Salatone Recordings, Vince Martini and the 3 Olive Orchestra’s “Tits the Season,” is now available everywhere digital music is sold or streamed. Just in time for the holidays.

The Salamone podcast will present a special episode this holiday season dedicated to a look into the unaired network television Christmas special from 1985, featuring Vince Martini and his orchestra. The podcast will feature some parodies of holiday classics that Martini had planned for the episode not featured on the album, as well as commentary from pop-culture experts on the era about the special and why it never made it to air.